I believe that water will one day be employed as fuel, that hydrogen and oxygen which constitute it, used singly or together, will furnish an inexhaustible source of heat and light, of an intensity of which coal is not capable.

Today, hydrogen fuel cells do exactly that. While it's still more costly than pillaging the earth and polluting the global commons, hydrogen and oxygen can be extracted from water just by using electricity. So here, we rend apart the very structure of water to make hydrogen gas!

In our electrical setup, we will be using pencil leads as our electrodes (electrical contacts). Regular copper wire would corrode too fast to run our electrolysis machine very long. The carbon in pencil graphite is conductive, but will not corrode. To use the pencils as electrodes, sharpen both ends and expose the carbon graphite. 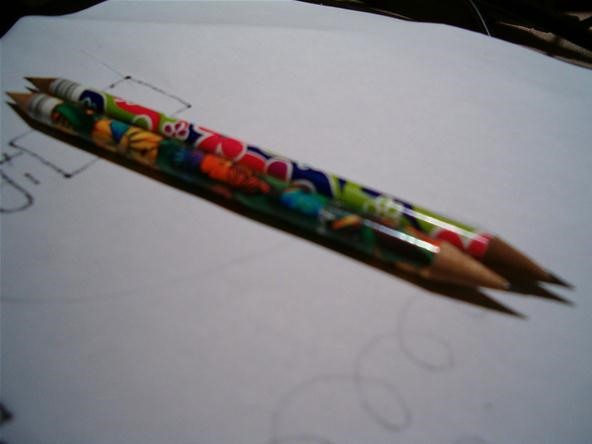 Once sharpened, attach a wire to one end of each electrode. Wrap the wire tightly around the exposed graphite and tape it in place. 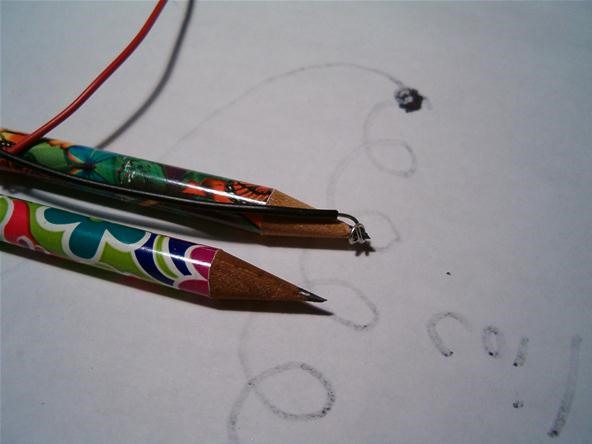 Duct tape works well for fixing the wires in place. 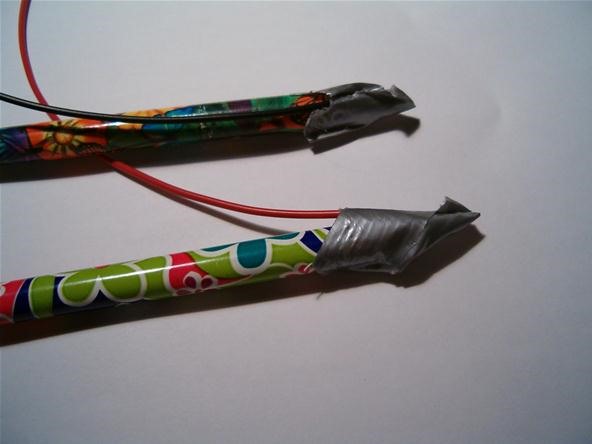 I'm using a wall power brick, but you could just as easily use a 12 volt solar panel or even two 9 volt batteries wired positive to negative. With no power connected, strip the wires from your power source and tape them to the other ends of the electrode.

I used a power jack with screw terminal connections I had laying around. 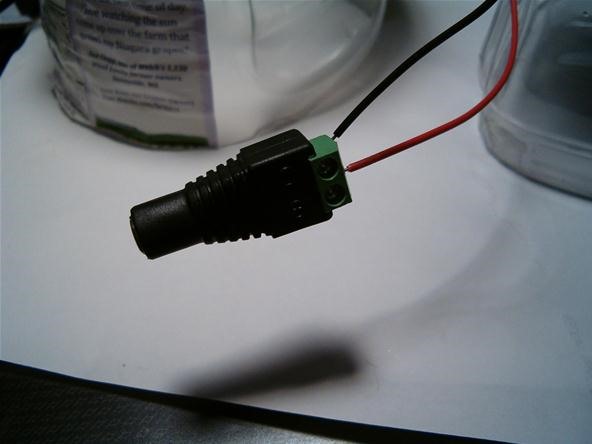 Time to place your contraption in a container of water. If you want to capture the oxygen and hydrogen, you will need something to funnel the gasses into a bag or other container. I used juice bottles to direct my gasses into trash bags.

Cut a plastic bottle in half and tape your electrode so that it's suspended, centered in the bottle. 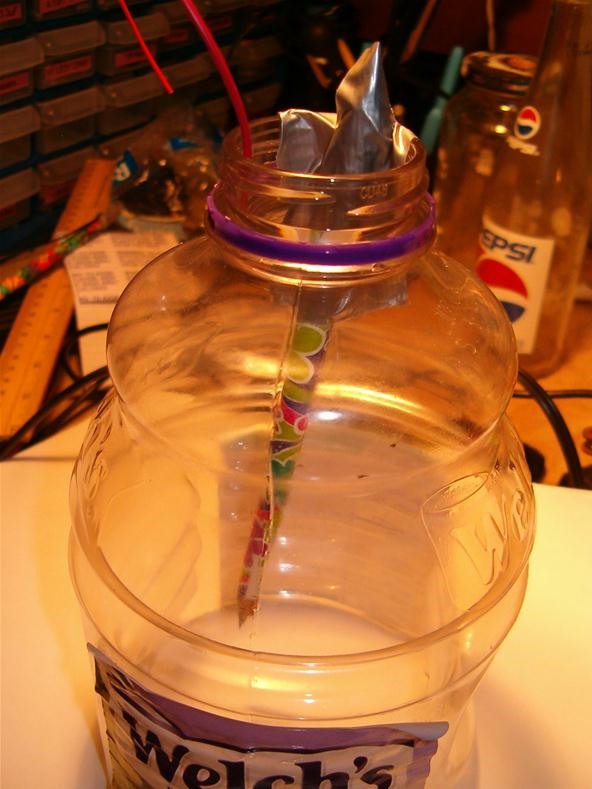 Cut some tiny holes in the sides of the bottle to allow water to flow between the two bottles. 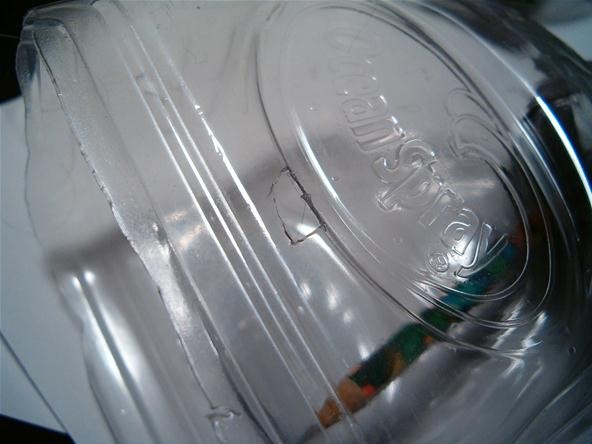 Once both electrode funnels are made, tape a plastic bag over the top of each bottle. 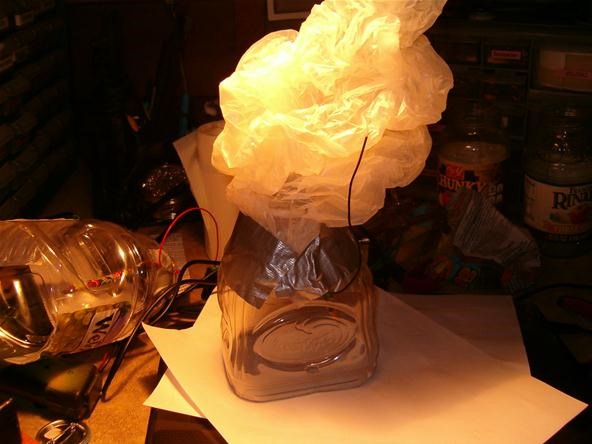 Place your electrodes into a container of water so that the pencil tips are submerged. 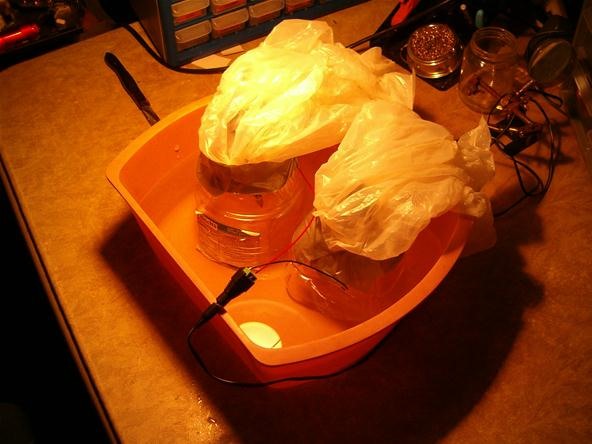 Plug in your power source and watch the tips of the pencils under the water. Secure any exposed contacts to ensure that they do not fall into the water. 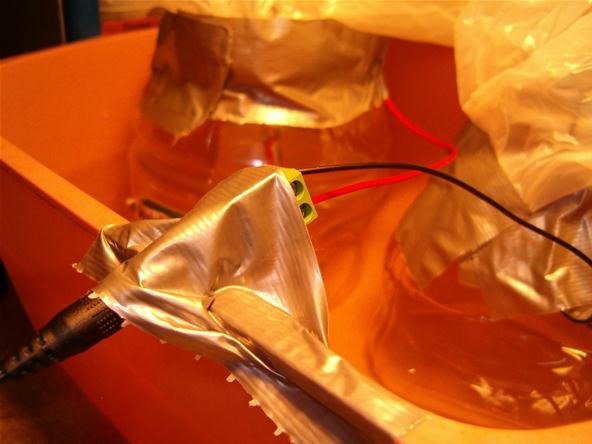 What uses can you come up with for this hydrogen/oxygen machine? I want to see how long it will take to collect enough hydrogen to lift a trash bag into the sky! Let us know what you would do with this project in our forum. Document with pictures and videos and post them up on the corkboard!

What happens if I introduce more electricity to the pencils? Would that yield more gas production of would I simply need to and more pencils to the water to increase production? I have a feeling its the latter but wanted to check before I spent the time on a frivolous pursuit.

I am under the impression that more electricity will yield more gas. The reaction is limited by the surface area of the carbon though so you would need to increase the power and the surface area to get the best yield.

This is awesome! I filled a trash bag with hydrogen and made a huge balloon, then set it free and threw one of your fireballs at it and it exploded! thx for easy electrolysis. :3

I hope you took a video! Post it on the Corkboard!

Yes please post it on the corkboard! I wanted to do this but i don't have enough time to collect the hydrogen between going out to find parts and doing other experiments. What did your collection set up look like? How much hydrogen did you need to get the trash bag floating?