Are you ready for crazy, next-level music technology? I just completed a pretty fun introductory write-up on my new instrument called the Dub Cadet over at instructables.com. This is the first installment of a 3-Part series to explain how to build your own Dub Cadet or personally amalgamated hybrid.

Here is a small sampling of the music-meets-technology madness:

I'm using the term 'holographic music' to mean multidimensional musical structures mapped to 3d surfaces to be decoded through rotational motion. Just as optical holograms modulate light based on the 3D viewing angle, we can modulate sounds based on the relative 3D orientation of an object. 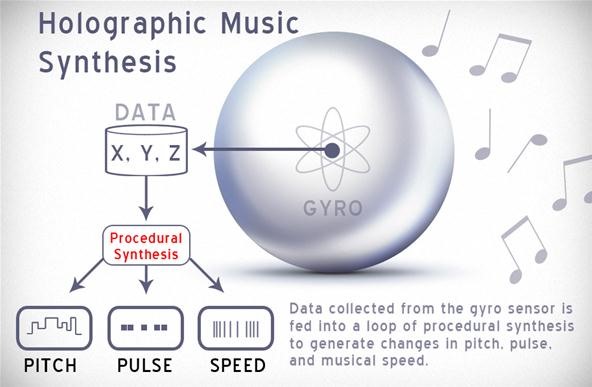 Great job Noah! I'm happy to see your project getting lots of attention! Thanks for sharing with the Mad Science community.

Nice job , do you already have prototype ?